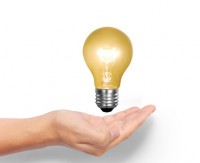 Recently, arbitration has become more and more crucial for the Austrian energy sector. A veritable surge in arbitration proceedings occurred particularly in the field of long term transportation contracts for natural gas and for storage contracts.

In the transportation and supply sector, this development is driven by falling prices for natural gas at the spot market, as well as the reduction of natural gas consumption caused by the economic crisis in Europe and the German Energiewende; the latter causing a distortion in the electricity market which ultimately led to the mothballing of numerous gas fired power plants. In the storage sector, the decline of natural gas consumption and – additionally – the drop of the summer-winter spread led to a vast decrease of the price of storage capacity as well. Most of the big gas suppliers in Austria have contracted their gas and storage needs with long term contracts of up to 20 years, with fixed monthly fees and no possibility of early termination. In transportation contracts, and quite similarly in storage contracts, so called “use it or lose it” clauses are standard, giving the purchaser the obligation to pay the monthly fee regardless of consumption. In short, the purchaser bears the entire quantity risk. To accommodate at least the price risk, these contracts typically provide a price adjustment mechanism, which is usually connected to the price of other energy sources where an official market price exists, such as the oil price (Brent), but also to indexes such as the consumer price index. Apart from this automatic price adjustment mechanism, long term contracts in the gas sector usually also contain a clause for ordinary or extraordinary price revisions. Since gas purchasers find themselves stuck with long term contracts with hardly any possibility to terminate them despite of dramatic changes in the economic circumstances which are beyond their control, those price revision clauses have become the heart of numerous disputes.

Price revision clauses as subject matter of most proceedings

A price revision clause should not be confounded with a general hardship clause. The latter is – from an Austrian point of view – a special contractual regulation of the general „frustration of contract” principle. Thus, depending on its wording, a price revision clause may be triggered significantly earlier than a hardship clause. However, both price revision and hardship clauses have in common that they typically exclude a termination right due to frustration of contract, since they provide a special procedure which allows taking the changed circumstances into account. This procedure usually consists of two steps, first giving the parties a certain schedule for amicable negotiation and, subsequently, the right to initiate arbitration proceedings.

The wording of such clauses has to fulfill two conflicting demands: The clause needs to be sufficiently determined to allow its application by the arbitration court, but at the same time it needs to be sufficiently general to cover all possible kinds of risks. Indeed, the common wording of both hardship and price revision clauses in Austria carries a high risk of rejection of the complaint due to a lack of determination of the price revision clause. To avoid this, plaintiffs are well advised to provide the court with a legally substantiated interpretation of the clause.

Most arbitration proceedings in Austria are conducted under the rules of arbitration of the Vienna International Arbitral Centre (VIAC) or the ICC rules. The VIAC is one of the most experienced arbitration centers in the region and has administered over 1,500 proceedings since its inception. Founded in 1975 as a permanent arbitral institution of the Austrian Federal Economic Chamber, it has become a well known center for the settlement of commercial disputes for a diverse range of parties coming from Europe, the Americas and Asia. The arbitral proceedings are individually designed and meet the highest quality criteria, benefiting from the neutral status of Austria, situated in the center of Europe. Austria adopted the UNCITRAL Model Law as its law of arbitration in 2006 with only minor changes, thus ensuring that the lex arbitri is in conformity with international standards. Hence, the VIAC rules and the ICC rules are very similar.

Under the VIAC rules, the VIAC board, which consists of practitioners and other legal experts, decides whether the proceedings should, in the absence of an agreement by the parties, be conducted before a sole arbitrator or a panel of three arbitrators. A panel of three might be necessary because of the complexity of the case and the amount in dispute. In practice, most tribunals in energy arbitrations consist of three arbitrators, whereby each party nominates one arbitrator and the chairperson is appointed by the two other arbitrators.

Due to the complexity and the high value of energy arbitration proceedings, parties tend to prefer experienced specialists with knowledge in both arbitration proceedings and the energy sector. However, the number of potential arbitrators with such sophisticated knowledge is limited in Austria and Germany, resulting in multiple nominations of the same arbitrator in different proceedings. There is generally no issue with multiple nominations of the same arbitrator as long as there is no standing relationship between the arbitrator and the nominating party. Such relationships, as well all other circumstances that may affect his independence, must be disclosed by the arbitrator.

However, it should be noted that those circumstances do not encompass the legal opinions held by the arbitrator. According to case law, no conflict of interest exists just because an arbitrator has taken a certain point of view in another proceeding, even if this aspect may be crucial for the present proceeding. This commonly held opinion is not entirely without issues since many of the contracts in the Austrian energy sector are quite similar and, correspondingly, many of the energy arbitration proceedings evolve around similar questions. The reason for this contractual uniformity is that suppliers of natural gas and operators of storage facilities conclude contracts on the basis of general terms and conditions or standard contracts which are subject to the approval of E-Control, the Austrian regulatory authority. As a result, there is very little room for bilateral negotiation of the terms of the contracts. And whilst there is no formal principle of stare decicis in Austrian law – and even less so in arbitration proceedings –, reference to precedent is nonetheless common to substantiate a legal point of view. Accordingly, parties would be well advised to consider the earlier decisions of their prospective arbitrators to assess if they share their legal opinions.

Beside the arbitrators, experts play a key role in energy arbitration. They must assess numerous issues, such as the impact of changes in the economic environment, the legal interpretation of the contracts – in particular the price revision clauses – and have to evaluate the amount of a possible price revision or other economic effects of a contract amendment. As with arbitrators, there is a lack of experts in the Austrian energy sector with sufficient experience to provide expert opinions suitable for energy arbitration proceedings. In most Austrian energy arbitration proceedings, the experts are appointed by the parties – it is very unusual that the tribunal appoints its own experts. Rather, the plaintiff submits expert opinions – usually not at the very beginning of the proceedings – to prove his interpretation of the contract and the changes in the economic environment which would entitle him to trigger the arbitration clause. The defendant might provide opposed expert opinions before the arbitral tribunal decides which interpretation of the clauses is acknowledged. In most cases the parties subsequently provide amended expert opinions according to the development of the case. Although it might arguably be more cost efficient if the tribunal were to first clarify the legal questions without relying on expert opinions regarding the economic effects, tribunals in most cases do not proceed in this manner because the legal considerations are often driven by economical reasons.